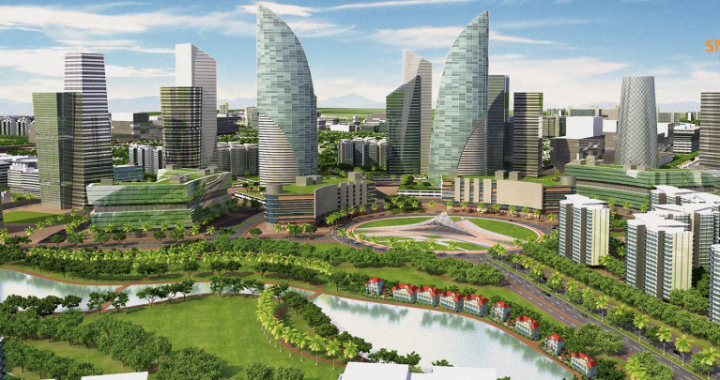 As the NDA government mission of Smart cities and Atal Mission for Rejuvenation and Urban Transformation scheme (AMRUT) gains pace, Uttar Pradesh is seen leading the numbers with 13 smart cities and 54 cities under AMRUT cities scheme nominated within the state, highest in the country so far.

A multi layered stringent process to enable that the most eligible and viable cities make it to the AMRUT cities list is being followed.

In conversation with an official, it was stated that each state has been given a fixed number of cities to be nominated as a smart city based on two main criteria- Population of the city/town and the number of statutory cities/town (one that has a notified municipal body) within each state. It has also been ensured that each state gets to nominate at least one smart city to maintain the geographical parity.

The selection is further divided into a”city challenge” competition involving two stages. In the first stage called the “intra-state” competition, all cities and towns in each state is evaluated as per the guidelines laid down by Ministry of Urban Development. The second stage in an “inter-city” challenge where in the 100 nominated cities shall lay out an extensive plan of development and then get assessed by a panel of experts.

Of the cities selected, the funding shall be done in a phase wise manner with top 20 cities being funded in 2015-16, the next 40 in 2016-17 and the balance 40 is the following year. Currently it has been identified that about 500 cities with a population of more than one lakh residents contribute to more than 73 percent of urban population of India which enhances the need for planning out the cities even more.

The AMRUT cities scheme involves rejuvenation of 500 towns/cities which have a population of above one lakh. However an exception is taken in terms of population for Hill cities, island cities, towns of tourist importance, and towns on the main stem of Ganga. Currently 476 towns/cities have already been finalized.

Of the smart cities, Dholera in Gujarat has been identified as the first one to be developed and trunk infrastructure project has already been started in an activation area of 22.5 square kilometers.

As the urban population is swelling, so are the hopes from the 100 smart cities and AMRUT cities which are likely to impact the Indians positively and change the manufacturing set up of India favorably.
Rera Projects