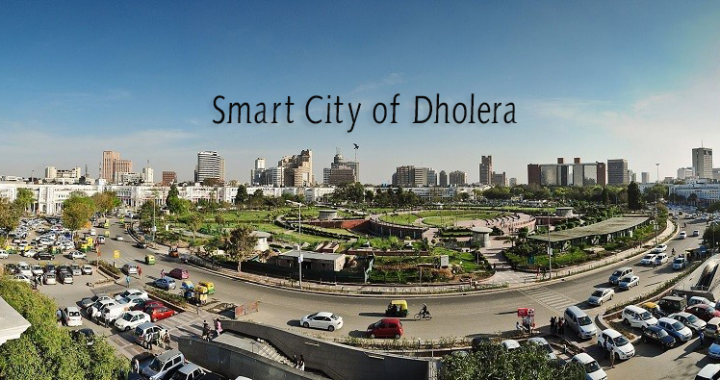 Unfathomable Capital Ready to be invested in Smart City of Dholera

The foundation for smart city Dholera has been strongly laid with billions of funds ready to be invested in the region by popular multinational giants.

A state of art logistic hub shall be developed by Singapore Based Capitaland Investment Trust along through its Indian arm Isobar Global Holdings which has acquired 3,000 acres of land in smart city Dholera.

Similar space shall be taken up by Mahindra Lifespace Developers Limited (MLDL), the real estate and infrastructure development arm of the Mahindra Group who is looking forward to developing a business city in Dholera in the format of “Mahindra World City.” Similar interest has been shown during the Vibrant Gujarat Summit by Sabeer Bhatia. His company, Nano Works Developer Gujarat Pvt Ltd has signed a Memorandum of Understanding with the Gujarat state government for acquisition of 1,500 acres of land in Dholera SIR to set up its unit in the first smart city of India.

Reportedly, more than 400 MoU’s have been signed by various investors and conglomerates with the state government of Gujarat expressing their interest in investing in Dholera. This goes a long way in proving that smart city Dholera is certainly a perfect and probably the best investment option that India can currently offer.

Dholera is also much advanced due to it being as one amongst the seven nodes on the DMIC corridor. This makes it more accessible and a better place to set up manufacturing and industrial units.

The region is also an investor’s paradise for small time investors or people who are looking at buying a residential plot or commercial unit in the city. The current cost of land is currently favorable for investors due to abundant availability at cheapest possible prices. As of now, property in Dholera can be purchased for negligible prices and held for few years. The prices are expected to soar up exponentially soon and give hefty returns on investments.

Spread over 920 square kilometers area, development work on this smart city of India has begun. The progress of the city is divided into 3 phases and each phase is expected to take about a decade to complete. This brings the project completion deadline to 2040, if not earlier. Trunk infrastructure project has taken off with governments nod on sanctioning Rs. 3,000 crores for its development.

The city draws its inspiration from the city of Shanghai and shall be built with world class amenities and stare of art infrastructure. It shall be twice the size of Delhi and better developed than the capital city. A high access corridor shall be built in Dholera SIR that shall consist of industrial and logistic hub, knowledge and IT centre, recreation, entertainment and sports facilities and a city centre.

It shall also be well connected both nationally and globally through all modes of transport including an international airport (which has recently been sanctioned), a port in the vicinity, six lane highway, metro and railways.

Billions of capital is waiting to be invested in smart city Dholera that shall make it one of the fastest developing and best planned city in India.