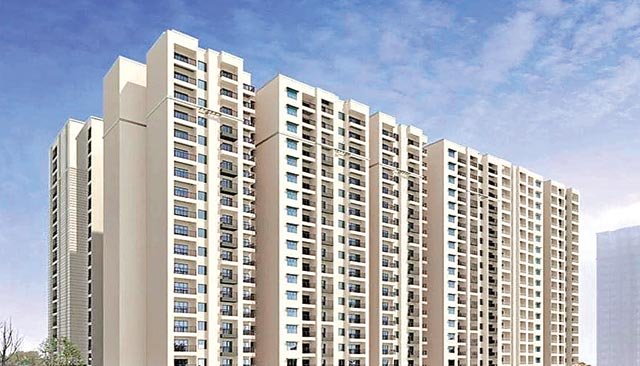 The Indian Real estate Industry will be a Trillion dollar Industry in years to come. An opportunity not to be missed or ignored globally...
As per KPMG reports, India needs an investment to the tune of US$ 2 trillion by the year 2022 to achieve the vision of "Housing for all". The planning commission of India has projected a US$ 1 trillion investment in the Indian Infrastructure industry during its 12th five year plan (2012-2017). The infrastructure sector has shown a massive growth over the last decade and from where we are positioned today, the possibility and scope in Indian infrastructure space and surrounding development in the coming years is indeed tremendous.
The Indian real estate space is divided amongst four key components – Housing, Retail, Hospitality and Commercial of which residential sector alone contributes to 80 percent of Indian real estate. The share of real estate sector in national GDP is expected to increase from 6.3 percent in 2013 to 13 percent by 2028.In absolute terms the size of sector is expected to increase seven folds to US$ 853 billion in 2028 as compared to US$121 billion in 2013 as per research done by KPMG.
In accordance to real estate consultancy Cushman & Wakefield, the commercial space absorption in the major eight cities of Delhi-NCR, Mumbai, Bengaluru, Chennai, Hyderabad, Pune, Kolkata and Ahmedabad has seen a significant growth of 58 percent in Jan – March 2014 quarter as compared to the same period last year while the new residential units launches during the same period rose by 43 percent.
Governments initiatives such as introduction of hundred smart cities, Delhi Mumbai Industrial Corridor initiative, availability of cheaper finance to builders and promoters, conceptualizing 110 million affordable housing by 2022 and relaxing of FDI norms inviting them to invest upto hundred percent in development projects for townships and settlements has proved to be a major boost for the infrastructure space positioning India as one of the front runners in the league of rapidly growing nations.
The US$ 100 billion DMIC corridor project which is expected to spur a revolution in the Indian economy is started in collaboration with the Government of Japan. Spread over six states of Delhi, Western Uttar Pradesh, Southern Haryana, Eastern Rajasthan, Eastern Gujarat, and Western Maharashtra, the main objective of this ambitious project is to expand India’s manufacturing and service base at an exponential rate with the Eastern and Western dedicated freight corridor being the spine of the project.
The idea is also to create new hubs for economic activities and to lift excessive burden of urbanization from existing popular cities. The hubs shall certainly be much superior and developed in terms of infrastructure and facilities than the existing model.
The key role of these hubs shall be to facilitate business, mainly manufacturing with easy availability of land, cheap labor and a great connectivity through easy transportation facilities via roads, rail and air.Besides connecting to the existing ports, the project includes fresh buildup of a 4000 MW power plant, three seaports and six airports.
The project also involves development of new industrial cities as smart cities along its length of 1483 kilometers. With a vision of developing hundred smart cities, seven smart cities have already been identified during its first phase of development. Few cities such as Dholera SIR in Gujarat is anticipated to be six times the size of Shanghai and twice the size of Delhi – Such shall be the scope of Indian real estate ahead.
It shall also create infrastructural linkages such as high capacity transportation, water supply, power plants and other logistic facilities along the corridor with cutting edge technology also creating an employment of over 100 million people within the next decade.The project is expected to double employment potential, triple industrial output and quadruple exports from the region in five years.
Besides attracting huge FDI investments, major countries like America, France, Japan, Korea, China, Germany and Singapore are keen on funding this project and be a part of the Indian infrastructure growth story post the influential visits of Indian prime minister Mr. Narendra Modi.
The reduced interest rates along with relaxed regulations towards lending of infrastructure projects have also stepped up the industry by a huge extent. Cheap and easier availability of financing to builders and additional borrowing tools with enhanced term for loans matching the economic life of underlying asset has reduced stress levels on the builders.
Rates at which real estate companies were borrowing money has dropped from 24% to 18% and in next 6 months the rates are envisaged to drop further. With the much anticipated one trillion dollar investment in infrastructure being available at cheaper rates on account of affordable housing and availability of cheaper lands and labor, it would not be surprising to see borrowing rates touch the ten percent mark in recent future. India has also seen a noticeable fall in infrastructure lending rates with RBI reducing rates towards lending for low cost homes causing banks to reduce rates by 100 to 150 basis points in the recent past.
Besides our liberal FDI policy has made India as the fourth most attractive destination for Foreign Direct Investment as per our president Pranab Mukherjee. Earlier our FDI policy were stringent restricting significant inflows but recently due to positive economic reforms, India has certainly become a preferred investment destination and a considerable impact is huge inflows in the infrastructure space.The relaxation in minimum area and capitalization conditions will attract FDI inflows and is expected to create the much needed affordable housing in the country.
With a stable government, supportive reforms, boom in stock markets anticipating it to touch the 40,000 mark,anticipated annual growth above 10 percent, increased employment, booming E commerce industry, major emphasis on manufacturing sector and positive public sentiments,we are evidently on looking an impending boom in the Indian reality sector.
This is the vision of New India! An opportunity to multiply investments manifold. Event which FDI’s and private equity sectors are willing to plunge into. Certainly a “Not to be missed” phase in the Indian infrastructure space.
Rera Projects