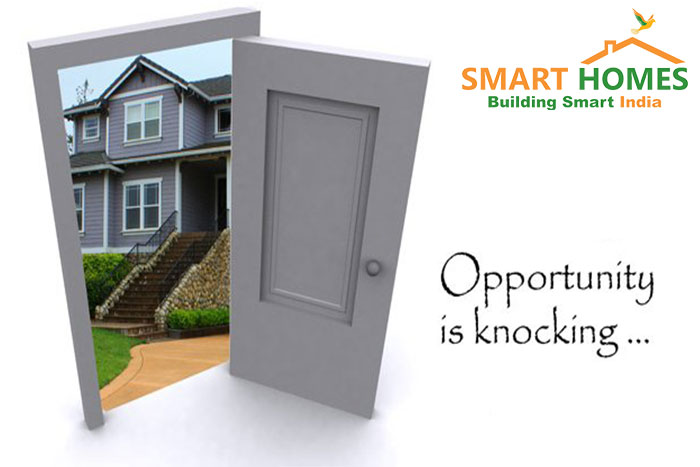 India is one of the fastest developing economy amongst the other developing nations; both in term of GDP growth and foreign direct investment inflow. As per sources, India shall be the third largest economy by 2028 with its GDP measuring at USD 6.6 trillion which is a huge leap from its 2012 GDP figures measuring 1.8 trillion. Factors that have been instrumental in the growth are the rising urbanization in the country, growing youth of India and a rise in middle class population. These elements have been smartly captivated by the Indian government and new policies and reforms have been weaved around them to maximize their potential and utilize them towards the progress of the country.
As the economy is progressing fast, so is the infrastructure development of the country. This is visible through the increased government spending on the infrastructure front which has risen from USD 250 billion (as per 10th plan: 2002-2007) to USD 1000 billion (12th plan: 2012-2017). The allocation has quadrupled in a decade’s time which in itself is a promise of the bright future that Indian real estate industry is poised for.
Taking a deeper view at the changes that have occurred in Indian real estate in the past decade or so, it is observed that the increase in urban population has resulted in creation of 2,774 new cities in the last 10 years. About 91 million people have shifted to urban India in this period, which created a surge in housing demand that subsequently led to creation of 51 million new units. Similarly, a surge has also been seen in demand for commercial space.  It would be surprising to learn that about 75% of the total Indian commercial space (375 million square feet) has been occupied by three major sectors: IT & ITeS, Banking and Financial Services and Manufacturing sector.
The period 2006-2011(5 years) have seen an explosion in the space occupied by retail malls; much can be attributed to how Indians changed the way they purchase things. This period was a witness to opening of 3,500 supermarkets, 260 hypermarkets, 20,000 specialty stores and 28 cash and carry stores. Most of these were opened in seven cities which are Bengaluru, Kolkata, Chennai, Mumbai, Delhi, Hyderabad and Pune.
On the macro front, metro rail projects have been launched in multiple cities such as Jaipur, Mumbai, Bengaluru, Chennai, Kolkata, Ahmedabad and Hyderabad. These projects drew their inspiration from the success of Delhi metro. Another important landmark in the Indian infrastructure sector was development of the Terminal 3, Indira Gandhi International Airport in record time of 37 months. This is the 8th largest terminal and 24th largest building in the world. Many other airports followed suit and world class airports were developed in Mumbai, Bengaluru and Hyderabad. Development of massive road projects also cannot get unnoticed of which the Delhi-Agra six lane controlled access expressway (165 km) is a leading example.
Going ahead, the Indian real estate scenario looks very bright which has also been indicated by large volumes of FDI in the sector. Several prominent PE investors have expressed interest in the commercial properties in India and committed heavy investments in them. Few names include Qatar Investment Authority, Canada Pension Plan Investment Board, Standard Chartered Bank and Hayat Invest.
About: Smart Homes is a professionally managed young organization that specializes in affordable Group Housing and Town Planning Projects in India and plans to build more than 100,000 homes in next decade. Smart Homes has a Team that has over 200 man years of experience in development of apartments in group housing projects and the team has the experience of selling more than 80 million square feet of housing projects across India.
Rera Projects