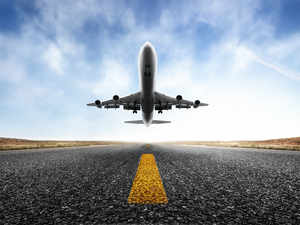 NEW DELHI: Central public sector undertakings (PSUs) will acquire more than two lakh hectares to set up 47,000 mw of green power units under a new plug-and-play model, aimed at accelerating solar capacity expansion by derisking projects from land acquisition and availability of transmission corridors as well as reduce tariffs by up to 20 paise per unit.

The project, which has been in the works since the time Modi was Gujarat chief minister, will see an airport come up in Navagam village near Ahmedabad were Sardar Vallabhbhai Patel International Airport is.

The progress of the project is being closely monitored in Delhi, senior officials told ET. The selected consultant will do a technical feasibility study and prepare the detailed project report (DPR) by the middle of next year, giving estimated costs.

As per the brief for the prospective consultant, the proposed international airport is to be developed on the western side of Gulf of Cambay where most of the land is barren, saline and consists of marine clay. “The site is prone to flooding during rainy season. The proposed airport site is located at the delta of two rivers namely River Bhogavo in the north and Gehlo in South.

These rivers are flowing from the west end of the Airport to east, discharging into the Gulf of Cambay,” the bid document says

“We expect physical work at the site to begin in 2020 and the airport to be built by 2023,” a senior official said.