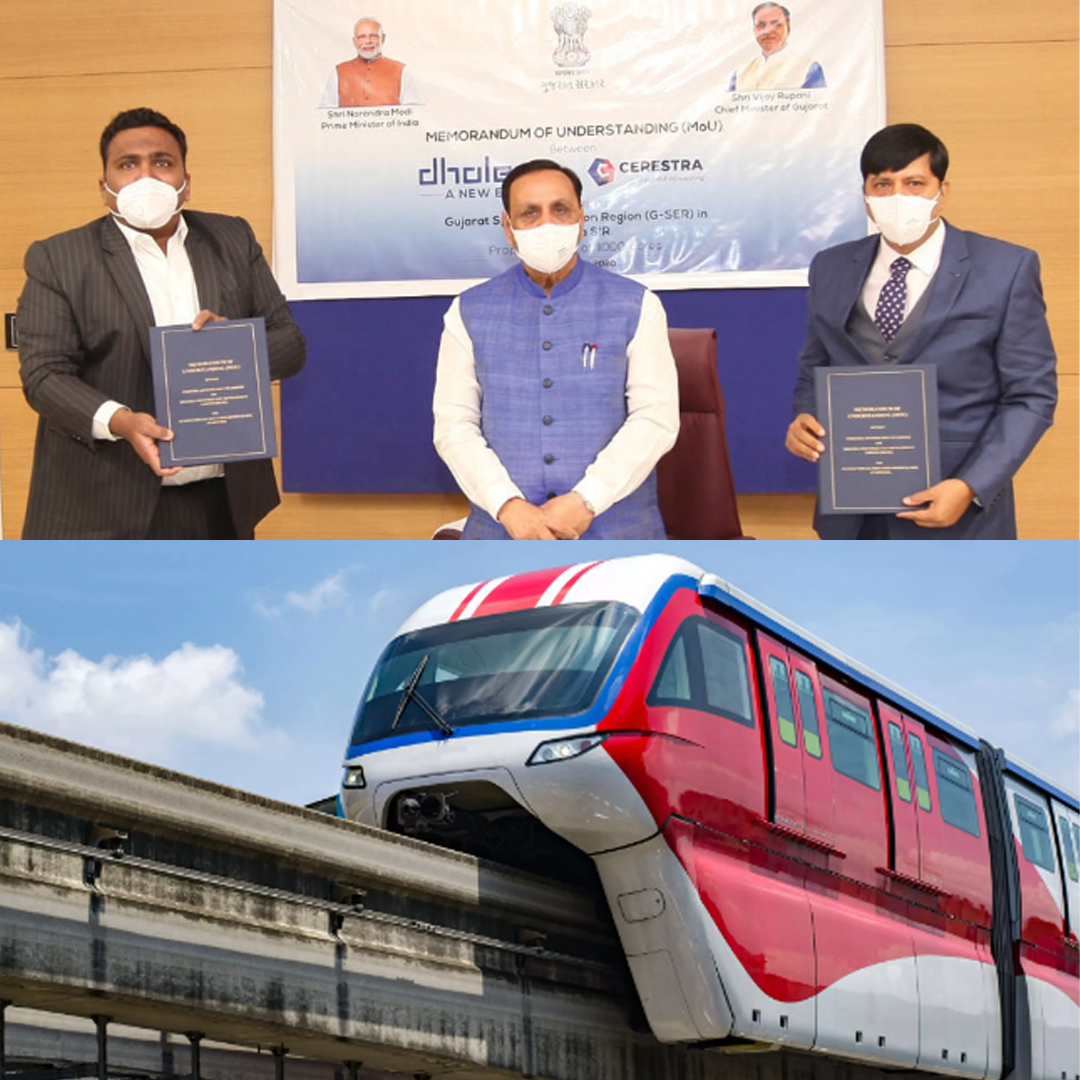 The state received an enthusiastic assent on two projects; G-SER and the Ahmedabad-Dholera SIR Monorail.

The government of Gujarat put forward a promising future for the state by signing an MoU (Memorandum of Understanding) with Cerestra Managers Private Limited. This project aims to harness Dholera; the biggest Greenfield Smart City developed by the state and drive a special initiative to promote education activities in the state. The project has been coined as G-SER: Gujarat Special Education Region. The project was signed in the presence of the CM of Gujarat in late December and is expected to spread across 1,000 acres of land across Dholera SIR.

G-SER: Education in Gujarat moving towards a promising Epoch.

With a resolution to offer stiff competition in the field of education across the globe, the state of Gujarat partners with Cerestra Ventures; India’s largest education infrastructure fund. The project aims to harness Dholera’s SIR region precisely by creating an education hub. Incepted at an estimate of 1,000 acres, this assignment possesses potential of 5,000 acres and will support infrastructures such as sports complexes, student housing, research labs, etc. Cerestra Ventures claims to focus on presenting a quality-centric education hub, that assures to be ‘First-in-class’.

Cerestra Ventures, the Hyderabad based private equity firm focuses especially on Edu-infra and real estate. This premier education infrastructure fund has been involved in the development and growth of real estate not only in the arena of education but also in life sciences. It has undertaken several projects in Tier-one cities like Mumbai and Bangalore as well. Under the G-SER, Cerestra aims to birth housing university districts, innovative districts as well as school districts, besides sports complexes and other facilities. These facilities have also been considered to play an integral role in driving direct and indirect employment to an estimate of 1.5 lakh people.

How will the MoU change things for Gujarat?

Being the biggest Greenfield smart city of the state, Gujarat recognizes the potential that Dholera Special Investment Region (DSIR) holds. The MoU was signed by the ACS to the Chief Minister and the Chairman of Dholera’s Industrial city Mr. M. K. Das proves to be a flagship project for the state. By this MoU, Cerestra Managers Private Limited is all set for establishing a global stir in the field of education. It is anticipated that leading educational institutes across the world would be attracted to investing and setting up their educational base at Dholera SIR. During the event, the CM claimed that this establishment will holistically accelerate development in Gujarat and in return pioneer a knowledge-driven economy for the state as well as ingrain the seed of employment. Last but not the least, the MoU is expected to draw an investment of an approximate value of Rs 10,500 crore in the region.

The state of Gujarat finally gave a green signal to the state’s first monorail project early this January. Dholera SIR has been quite appealing to a bunch of developments for some time now.

The Greenfield Smart City is approximately 920 Sq. Kms in area and has industrial cities such as Bhavnagar, Ahmedabad, and Surat in its proximity, which is an absolute advantage. With intentions to transform this city into a smart planned industrial town, the state government has approved Rs. 6,000 crore in response to the draft project report (DPR) of the Mass Rapid Transit System (MRTS) project. The state of Gujarat has secured this project financially and technically under the Government of India’s DMIC (Delhi Mumbai Industrial Corridor) project. In addition, this project following the approval from the Centre and the state government has been included in the JICA (Japan International Cooperation Agency). The tentative period for this project to be completed is around 24 to 36 months. On completion of the project, the monorail is expected to function at seven stations, out of which six are to be an elevated structure in parallel to the Ahmedabad- Dholera expressway.