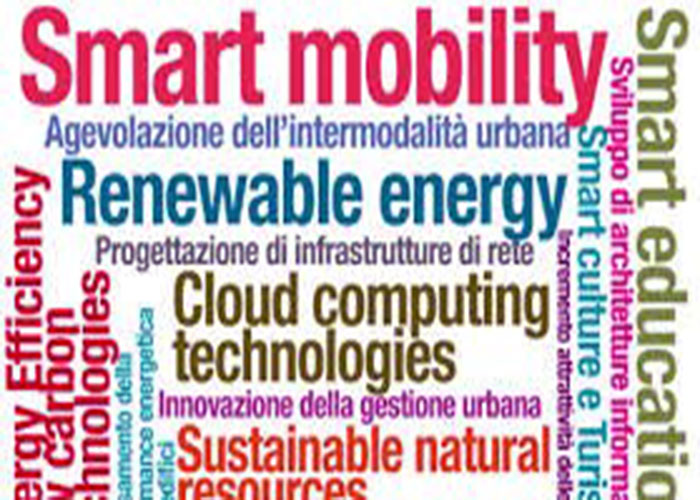 Is there actually a need for Smart Cities in India? Can the existing cities accommodate the fast growing population? Can the lifestyle improve with smart infrastructure? Can access to education and medical emergencies for every Indian become a reality?
Having said that, what is it in a smart city that everyone is so looking towards its development? Why has it raised the hope of entire country and a positive wave has emerged amongst common people? What differentiates these cities from the existing ones? Is it the changes in infrastructure or the facilities like continuous power and water supply, easy healthcare, clean air, sanitation, security and entertainment? Or is it about the employment it is expected to generate uplifting the economy on a whole.
Let us evaluate what makes a smart city and the eight elements that would differentiate it from the rest as per the latest concept note.
1. Smarter construction- India is expected to create 110 million homes by the year 2022 with a project cost estimated at 2.3 trillion dollars. This certainly would bring the nation at third position in the world with respect to construction with a huge addition of more than 11 million homes year on year to meet this vision. The construction of residential, commercial and institutional buildings in smart cities shall be aimed in a way to conserve environmental resources such as electricity and water through usage of solar panels on roof tops and usage of renewable energy to maximum possibility. This is expected to go a long way with expected conservation of water by thirty percent and reduction of energy usage by forty percent. This shall also prove to be pocket friendly for the residents and tenants as the maintenance cost is also estimated to go down by ten to thirty percent due to smart construction plans.
2. Energy Efficient-The 12th five year plan aims at adding 88,000 MW of power generation capacity by investing USD 26 million thus maintaining its focus to provide at least 8 hours of electricity to all households by the year 2017. The plan also includes reducing electricity bills massively and creating a transparent system by introducing low cost meters for all homes by in the future with the main objective of setting up 130 million smart meters by the year 2021. It also aims to start implementing 8 smart grid projects in the country.
3. Environment Friendly- Proper sanitation is the birthright of every citizen thus leading the Government of India and the World Bank to allocate USD 500 million towards the Rural Water Supply and Sanitation (RWSS) project. This shall be launched in the states of Assam, Bihar, Jharkhand and Uttar Pradesh which accounts for major sanitation issues in the country. Currently India accounts for 50 percent of the world’s open defecation which is a challenging issue and shall be met through 100 percent of households having access to toilets and connection to waste water network. In addition easy collection of solid waste shall also be mandatory for all households with recycling mechanism of such waste collected.
4. Effective Transportation – Easy access to transport for all people within the range of 800 meters residing in area with average density over 175 persons per hectare of built area shall be criteria for smart cities. Besides transit time to respective work places should not exceed 30 minutes and 45 minutes in small- mid size cities and metros respectively. Besides green transportation is being encouraged through an expected manufacturing and implementing of 6 million electric and hybrid vehicles on road by 2020 along wth supportive charging stations at all highways by 2027. Momentum is also seen in high speed rails, mono rails and metro train projects with increased budget allocations in these sectors.
5. Easy Healthcare– The aim is to have medical facilities within easy reach of every citizen through increased bed strength including a mandate of 200 specialty hospitals dedicated to per 100,000 population and building of at least one diagnostic center and one dispensary per 50,000 and 15,000 citizens respectively. A spike in health budget by 27 percent has been done to accommodate these and also to construct 12 government colleges and establish four similar institutes as AIIMS within the country. Better and technically advanced equipment also to be provided for as per budget allocations.
6. Quality Education-To accommodate aspiring students, government has allocated a budget of USD 81.38 million to build five new IIT’s & IIM’s and the current budget has witnessed a spur in allocation towards educational sector by 12.3%. Accordingly a mandate for minimum institutes and schools per lakh population have also been defined including one school per lakh of population , one college per 1.25 lakh and one technical, engineering and medical college each per ten lakh citizens. Special mandates exist for physically and mentally challenged students.
7. Strengthening IT & Communications– Technology is to replace manpower to a fair extent within seven cities of Delhi, Mumbai, Kolkata, Chennai,Ahmedabad, Bangalore and Hyderabad with a proposed budgetary allocation of USD 333 million. Broadband connections are also expected to increase to 175 million users by 2017 connecting the smart cities seamlessly. Similarly these cities shall also witness a more efficient disaster management with allocation of USD 236 million towards reducing disaster risks.
8. Structural Planning – The cities shall be planned in a way that 95 percent of the population shall have convenient access to their workplace through ample public transport, bicycle or by the way of walking. Similarly such population shall have the convenience of shops, parks and primary schools within 400 meters of residence. The endeavor shall be to have the Economically Weaker Section of the society occupy at least 20 percent of the residences in Transit Oriented Development zones.
Government’s 100 Smart city plan looks like the sole answer to these questions! But it is yet difficult to ascertain if Mr. Modi’s dream of 100 smart cities would be successfully implemented. Nonetheless if it does, there shall be no turning back for India!
Rera Projects