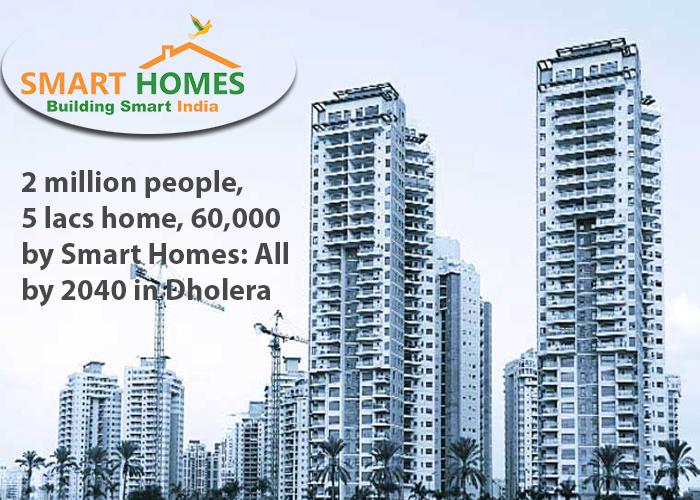 The population of Dholera SIR by 2040 shall be 2 million. Yes, you read it right! 2 million people shall reside in a city which is currently home to only a few thousands. Thanks to the economic development the city is headed for.
Any idea, how many jobs shall be required to meet the financial needs of these people and from where shall they get generated? As per data released by authorities, 8 lakh new jobs shall be required and they shall be generated by persistent efforts from the government in making Dholera a place brimming with economic activities and setting up of various industrial and manufacturing units within the region and in the outskirts.
How can we not think of the basic need of these people- Homes! 5 lac new residential units shall be created in DSIR by 2040 as per the latest detailed report on DSIR project. The construction activity shall be broken up in three different phases:-
Phase No: of units to be constructed
2016-2020 1,27,000
2020-2030 2,40,000
2030-2040 1,33,000
While many developers have their eyes on the real estate development in the smart city and are keen on developing homes, the contribution made by Smart Homes Infrastructure Ltd in Dholera real estate space shall stand apart. The developer plans to develop 60,000 homes in DSIR by 2040 with a target of constructing 20,000 homes per decade.
Smart Homes is a child company of Singapore based Smart Infrastructure PTE Ltd. It is on a mission of creating affordable housing units for the masses across the 100 smart cities of India, Dholera to begin with. Construction activities in two of its maiden projects in DSIR have commenced and they shall soon be an important landmark on the soil of Dholera.
Dholera has been termed as 'an engine to economic resurgence of India' and envisaged as a global trading and manufacturing hub. Many international giants are in the process of acquiring vast pieces of land in the city to set up their trading and manufacturing units. The city is also being viewed as a potential defence and aerospace hub since it is the only city in Asia that offers plots as big as 8 Sq. Km to defence suppliers for manufacturing and testing of equipment's.
Sprawling across 920 Sq. Km the city has been divided into 6 town planning scheme for efficient administration and competent promotion of key industrial sectors. The development has been divided in three phases and the city is expected to go live by 2019 with a population of 1 lakh people post completion of basic infrastructural and industrial set up.
Rera Projects